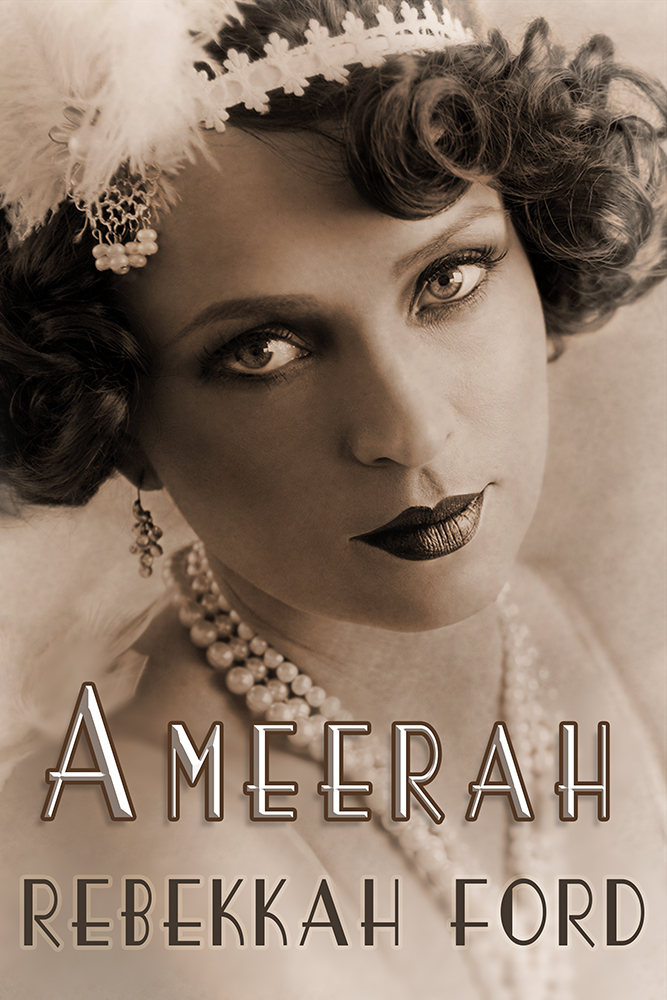 AMEERAH BLOG TOUR
Ameerah
by Rebekkah Ford
Genre: Paranormal Thriller
AMEERAH is Available Now!
Blog Tour: April 11th-25th
Buy Links:
Amazon US: http://amzn.to/1Usdu2d
Amazon UK: http://amzn.to/1Q22pQR
Smashwords:http://bit.ly/1RZsIJG
Barnes and Noble: http://bit.ly/1YnHqOv
Kobo: http://bit.ly/23uVd9C
Blurb:
Sometimes even the dead seek salvation.
In 1925, eighteen-year-old Ameerah Arrowood is murdered in an insane asylum. She finds herself transported to a dreary realm that turns out to be a recruiting station for the dark spirits. With animosity in her heart toward humanity, she decides to join them.
For the next ninety years, Ameerah possesses soulless humans, living a hedonistic, mischievous and sometimes vengeful existence, but now she’s seeking salvation so she can crossover and save her lost love who is stuck in the lower world.
Ameerah enlists the help of her dark spirit friend Derek, who is straddling the line between Heaven and Hell. She tells him how it all began, weaving between historical timelines to now, hoping to gain understanding about why her parents betrayed her and wanting to get rid of the guilt weighing on her heart. In the end, the unexpected unfolds, throwing Ameerah a curve ball which changes her forever.

Excerpt:
We entered an uncarpeted, vacant hallway that branched out on both ends. Several metal doors with bolts lined the walls. The blue paper booties I wore crinkled against the bottoms of my feet.
“What did they give me?” I asked when we stepped into the restroom straight across from the room I was in.
Ann led me to a stall with no door, only an off-white partition that separated it from the other johns. “It was a barbiturate used to sedate patients. Sleep therapy is what some doctors dubbed it.” She continued to talk while I emptied my bladder, keeping her word to give me as much privacy as she could.
Once I finished, I went to the sink and cringed at my reflection in the mirror. The right side of my face had a purple, yellowish bruise across my cheek, and the luster in my hazel eyes was gone. My complexion had a grayish cast. Whatever was injected into my body created a carbon copy of myself.
Ann handed me a washrag, and I realized there was no hot water when I went to dampened it. After I cleaned off my eyes and face, we headed down the north side of the hall. I listened to Ann tell me that most of the residents were in the common room, which explained the eerie silence.
“There you are,” a manly nurse with thick forearms and a broad forehead said when we rounded the corner from another corridor. She was heading our way and seemed quite annoyed.
Ann stiffened but held her head high. “Ameerah caught my attention. She needed to use the lavatory, and now I’m taking her to the dining room for lunch.”
“I realize you’re new here, Ann,” the other nurse said, “but we do not call patients by their first name in their presence. Each one has a number.” She pointed at me. “This one is number sixty-four.”
A laugh of disbelief escaped my lips. I couldn’t help it. What type of place was this, sedating people, tying them to a bed, and calling them by numbers instead of their names? I found being called Sixty-four another check in the box under the dehumanization category. “Excuse me,” I said when they looked at me, “I don’t know what type of facility I’m in, but regardless, I have a name. It’s Ameerah. To refer to me by a number is demonizing my identity, so I’d appreciate it if you would stick with my name instead.”
The coarse nurse scowled. “We will do no such thing.”
I made a face. “Why? What’s the purpose in such a demoralizing act? And what the hell is this place?”
Still scowling the nurse snapped, “Watch your mouth.”
“You’re in an insane asylum,” Ann said.

Rebekkah’s Bio:
Rebekkah Ford grew up in a family that dealt with the paranormal world. Her parents Charlie and Geri Wilhelm were the directors of the UFO Investigator’s League in Fairfield, Ohio. They also investigated ghost hauntings and Bigfoot sightings in addition to extraterrestrial cases. Growing up in this type of environment and having the passion for writing stories is what drove Rebekkah at an early age to write tales dealing with the paranormal world. Her fascination with the unknown is what led her to write the Beyond the Eyes trilogy, its companion Tangled Roots, and Ameerah.
Rebekkah resides in rural North Dakota, in a farming community of about 1,800 people and loves where she lives. She has an irreverent sense of humor, loves coffee, and yummy food makes her happy. She also loves books, history, antiques, animals, connecting with her fans and other authors, as well as watching her favorite TV shows.