Resist You by KL Shandwick 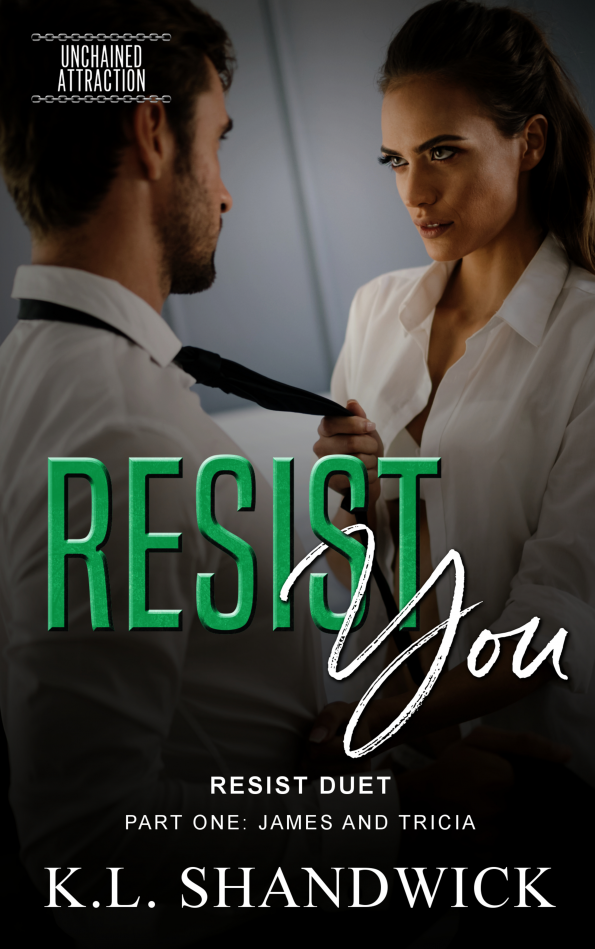 James and Tricia should never have met… but they did.

For decades wealthy heir, James Wild, lived a magnificently messy playboy lifestyle — until he learned the legacy and reputation that goes with it could never be fully erased.

This was especially true for him when a forbidden encounter caused a betrayal which nearly lost him his family.
It was a hard lesson learned when James had to live with the harsh consequences because, although incidents may be forgiven, they were rarely completely forgotten.

Years later, James, Vice CEO of his family firm, has been primed to take over the family business. With his past behind him, James is all grown up, and with his natural ability in business he has proven his worth.

With his career on the up, all that was missing was a hot romance and the love of his life. The problem with this was there had only ever one woman who had truly lit the spark within him, sadly for James, that affair was over before it began. James had been falling in love, unfortunately for him the gorgeous woman in question wasn’t.

Tricia Mattison was fiercely independent, a party girl, and not at all interested in settling down, but when James and Tricia’s paths kept crossing was this fate lending a hand?

Resist Me: Tricia and James, Part 2

(Books three and four in the Unchained Attractions series)

(Books one and two in the Unchained Attraction series) 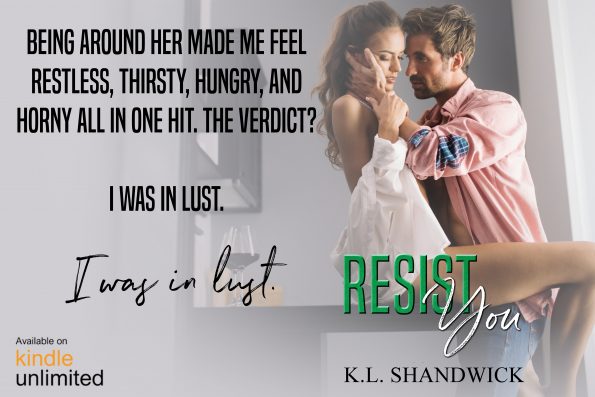 Writing came relatively later in life for K.L. Shandwick after a challenge by a friend led to The Everything Trilogy. She loves creating new characters and story lines. Her characters have flaws and she hopes this helps the connection between them and her readers. K.L. enjoys the journeys they take her on during the creation of her stories, and each character has his or her own voice. She doesn’t use prepared outlines for her stories preferring the characters to take their own direction as the story progresses. These days K.L. lives in the Yorkshire countryside in the UK, and writes full-time.

2 thoughts on “New Release – Resist You by K.L. Shandwick”