My Lord by Tracie Podger 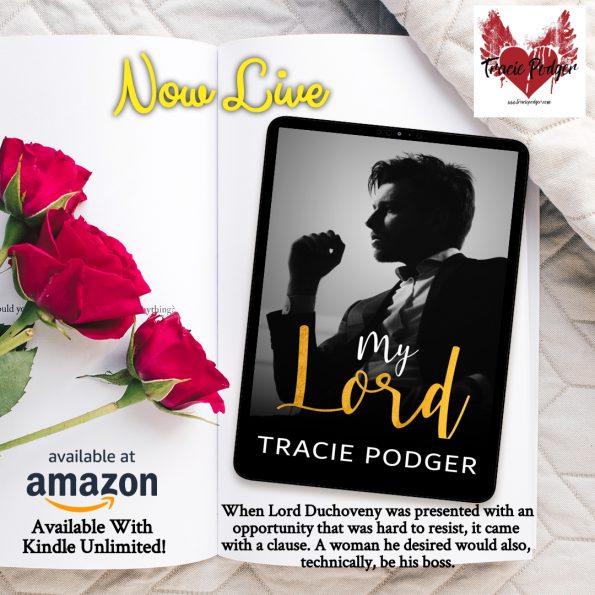 My Lord features characters from the novel, The Facilitator, 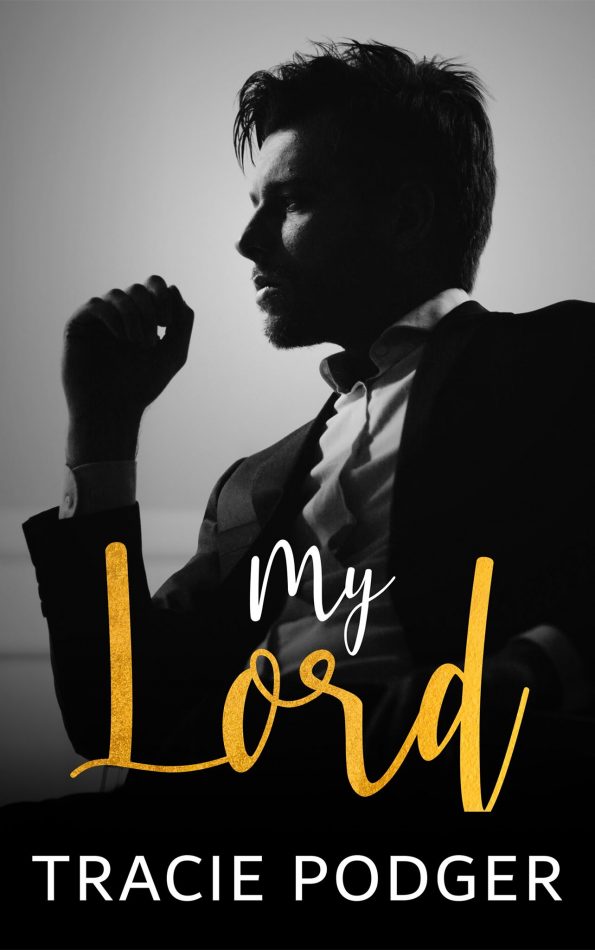 When Lord Duchoveny was presented with an opportunity that was hard to resist, it came with a clause. A woman he desired would also, technically, be his boss.

Gabriella Collingsworth oversaw the UK operations for a private investor and venture capitalist. Between them, they had agreed Alex Duchoveny would be the best man to head a new business with lucrative contracts.

What hadn’t been banked on was the immediate attraction between Alex and Gabriella and the push and pull of forming a relationship between two people with alpha tendencies.

A British stiff upper lip or stick up his ass as Gabriella called it, causes Alex to find it difficult to express his feelings for her.

That is until an old rival returns for revenge. 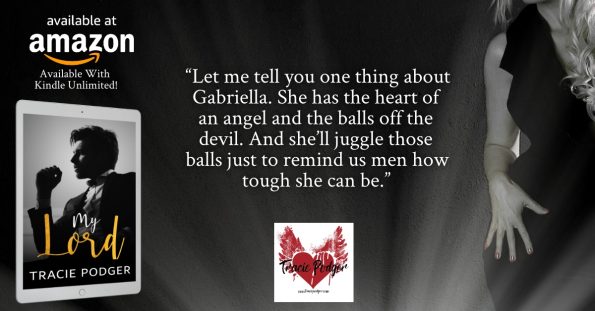 Visiting a sex club wasn’t what I was expecting, but it was certainly what I needed. Accepting the invitation from a rather vile client of mine presented, unknowingly at the time, a huge and unexpected opportunity.

I had just taken a call from Lord Patrick Stanton, a ‘Name’ at Lloyds and one of only a handful of clients I had managed to retain after voicing my concern over fund management and being given the boot before the whole company dissolved. Obviously, because of my title, being a Lord of the Realm myself, and coming from the exact right family, I started my own hedge fund management company without any trouble. I hadn’t liked Stanton when he’d been thrust on to me a few years previous and I disliked him more over that time. He was a cretin of gargantuan proportions, sleazy, and part of a very undesirable ring of ‘all male club’ types that like to abuse women.

However, the invitation to the sex club would give me that last amount of evidence I needed to get rid of him as a client without retribution. Reporting him to the police was a futile exercise. The women didn’t come forward, and since some of the police were also part of his little club, it was a done deal that he would be protected.

“Alex, did you hear me?” I turned from the floor to ceiling glass windows in my plush corner office.

“Sorry, Daisy, I was miles away. What did you say?” I smiled at the elderly lady that saved my bacon every day of the week. She was about the best personal assistant one could wish for.

“You have a meeting in a half hour, I wanted to remind you because I’m sure you need to get moving,” she said, returning my smile.

I pushed myself away from the desk and rose. It was time to get my arse into gear and not spend so much effort on Stanton. I wanted to pitch to a new client, one I’d been after for a few years. Mackenzie Miller was a venture capitalist with cash to invest. He was also the most intriguing person I’d had the pleasure to meet. Well, when I say meet, it had been at a dinner, and briefly. He’d had a woman that I could instantly have fallen in love with on his arm. So much was my attraction to her that I had to keep my distance in case I visually salivated and offended them both. I never got her name, but her blonde hair and elegance, coupled with her American southern accent, just blew me away.

Maybe I’d ask after her simply so I could know her name.

Tracie Podger currently lives in Kent, UK with her husband and a rather obnoxious cat called George. She’s a Padi Scuba Diving Instructor with a passion for writing. Tracie has been fortunate to have dived some of the wonderful oceans of the world where she can indulge in another hobby, underwater photography. She likes getting up close and personal with sharks.

Evelyn – A novella to accompany the Fallen Angel Series

Rocco – A novella to accompany the Fallen Angel Series

A Virtual Affair – A standalone

The Facilitator – A standalone

A Deadly Sin – A standalone

Letters to Lincoln – A standalone

The Freedom Diamond – A novella

Come on over to Tracie’s Facebook reader group to keep up to date on news. 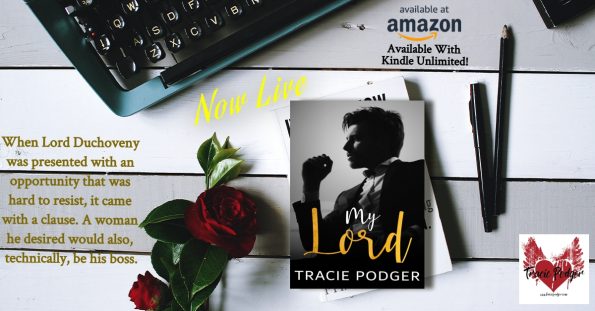