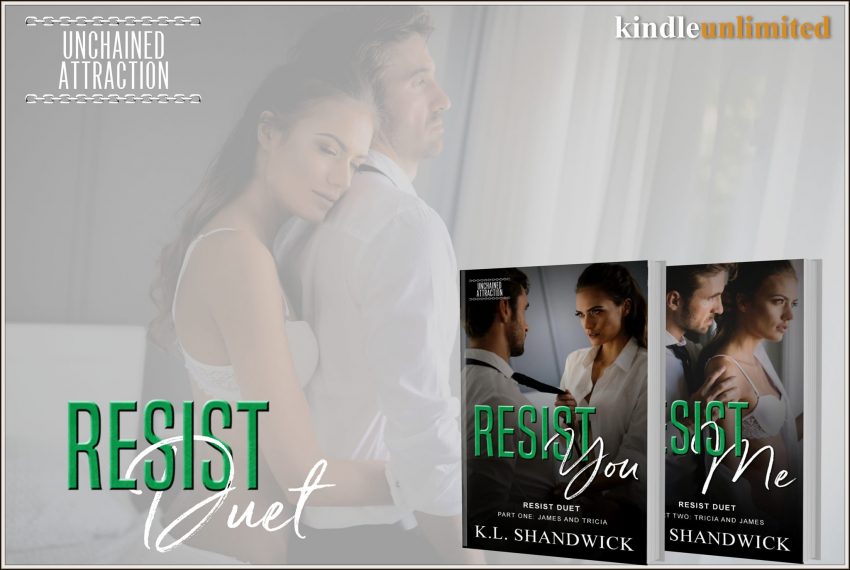 Resist Me by KL Shandwick 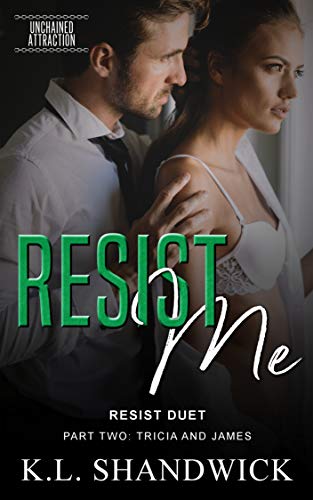 How do you resist someone that sets your body on fire?

Tricia Mattison’s dilemma was one most woman would have been glad to have had.

The simple answer for most of us would be — you don’t.

James Wild, the hot wealthy guy in question had it all: to-die-for looks, a gentleman, amazing family… incredibly hot lover, oh and he was set to inherit a share of billions from his family business.

With a blistering chemistry and irresistible magnetic pull the scene should have been set for a fairytale romance.

Then why didn’t Tricia think so?

The problem was, although in his forties, James was still an eligible bachelor.
Yay, would have been most women’s response, a hot rich guy with no baggage. However, to Tricia, although she was desperately attracted to him, his bachelor status made him out of bounds.

She knew instinctively the heated way he had looked at her wasn’t just lust, it had said: a family home in the country, kids, and probably a dog… at the very least. Had he been a divorcee with kids, she knew she would have considered giving up her own lifestyle in a heartbeat.

Who would have thought being a single man would have been a playgirl like Tricia’s hard limit?

Resist Me: Tricia and James, Part 2

(books three and four in the Unchained Attractions series)

(Books one and two in the Unchained Attraction series)

Writing came relatively later in life for K.L. Shandwick after a challenge by a friend led to The Everything Trilogy. She loves creating new characters and story lines. Her characters have flaws and she hopes this helps the connection between them and her readers. K.L. enjoys the journeys they take her on during the creation of her stories, and each character has his or her own voice. She doesn’t use prepared outlines for her stories preferring the characters to take their own direction as the story progresses. These days K.L. lives in the Yorkshire countryside in the UK, and writes full-time.