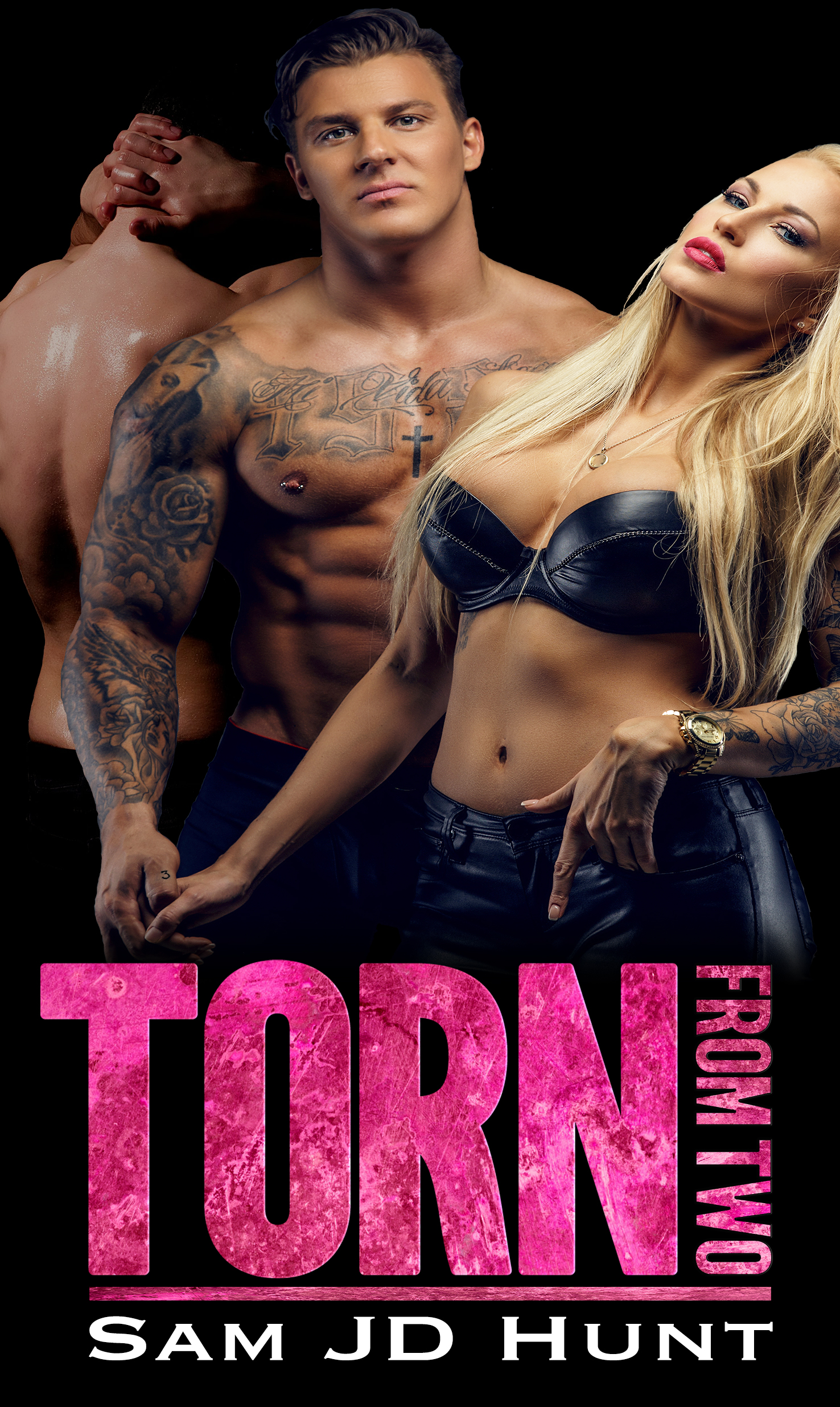 Torn from Two by Sam JD Hunt
“We are three, I love you both.”
That was our motto, our oath—those words bound us together in a circular love for eternity—we were unbreakable.
Or so I thought.
It’s LIVE! – Torn from Two, MMF/Bisexual
Erotica from Amazon International Bestselling Erotica Author Sam JD Hunt.
::Universal Amazon Buy Link::
myBook.to/TornfromTwo
::Add to Goodreads::
http://bit.ly/2aeZuMe 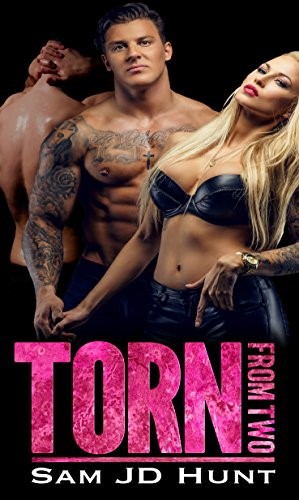 ::Synopsis::
Torn from Two people he loves more than life, Nathaniel Slater must navigate the dangers of finding his missing sister alone while being pursued by a psychopath intent on killing him. Rex Renton and Penny Sedgewick are determined to stop at nothing to repair their love—can they overcome daunting obstacles to once again fuse three broken souls into one?
In the highly anticipated follow up to the Amazon Erotica Bestseller Taken by Two, Rex, Nate, and Penny must go through trial by fire to have a chance at happily ever after. Are they strong enough to hold on to their unconventional three-way love when a mysterious man from Rex’s past may be the catalyst that tears them apart forever?
Torn from Two is best read as a follow-up to Taken by Two. It is MMF/bisexual erotica and intended for 18+ readers only. This romantic adventure has a HEA ending, and is a full-length novel of approximately 60k words. Torn from Two features love between two men and one
woman and does not involve a love triangle or cheating. This novel completes the two part series.
Catch up on book one, Taken by Two-
myBook.to/TakenbyTwo
Two men, one woman, one love. 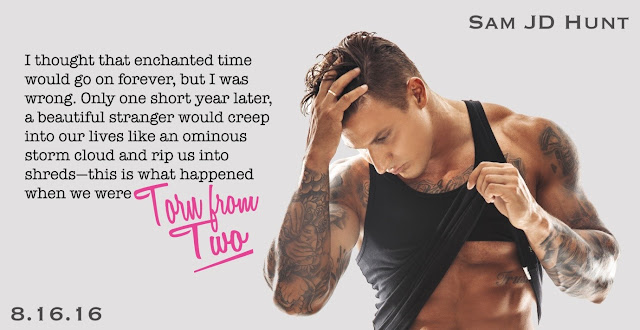 “Shh, don’t wake her up, she needs to sleep it off.” It was Rex’s attempt at a whisper—his voice was so deep his whispering never made it to the quiet level.

“Do you think she’ll be sick? I don’t want to wake up covered in hurl,” Nate whispered back.

“I think she’ll be okay; she’s been asleep for an hour now, it’s been two hours since she’s had anything to drink.”

I didn’t open my eyes, my head hurt and I didn’t want to move. I was in bed next to them, on the left as usual, naked beneath the heavenly sheets. Rex usually slept in the middle, our bodies stubbornly draped around him like moss clinging to a tree.

I could feel them shift, the body that was touching me a second ago had turned to his side—most likely Rex.

“Without her?” Nate asked, the excitement in his voice causing it to rise. There was movement again as their bodies rolled together, the crisp crackle of the covers was followed by the raspy sound of skin on skin—one hand gliding across the stubbly face of the other, I suspected.

“Is that okay?” Rex asked, his voice husky, aroused.

Over the past year, Rex had let go of his inhibitions with Nate while the three of us made love. But, up until that night, I had always been involved in some way while they were physical. One time the month prior I had asked if I could just watch—Rex struggled with it at first, but agreed. Watching them from a chair at the side of the room was so erotic that I begged them to let me join in at the end. This time, however, I’d try to stay in my alcohol stupor and let them play. Nate was often insecure about his relationship with Rex, and more than once had worried he was the third wheel. Rex initiating sex with just the two of them would hopefully reassure Nate.

“I love you, and I love her, but I don’t have to have her here to be with you, I’m past that,” Rex said, his voice muffled—I suspected he was nuzzled into Nate’s neck.

“What about germs?” Nate teased, his voice still in a whisper.

“You’ll just have to clean me off after.”

The bed moved as they got up, my head spinning for a second from the motion. I could hear them kissing, hard and urgent, wet and eager. Once again, I toyed with the idea of joining in, but my body wasn’t cooperating. I did manage to pry my eyes open and quietly roll over far enough to be able to sneak a glance at them, ready to feign sleep if they noticed me.

Their naked bodies were bathed in the ethereal blue glow of the television. Rex was on top, their faces immersed in a violent kiss before he pulled away and slid down Nate’s ivory torso to wrap his hand around Nate’s swollen cock, pulling hard as Nate’s head flailed from side to side. He’d been stroked by Rex before, but never like this that I’d seen. This touch from Rex had meaning—he was sending a clear signal to Nate that Nate was his; that they belonged to each other, even without me.

I didn’t anticipate what happened next, and despite the threat of them catching me watching, my eyes were glued to the wonder of them. Rex wrapped his mouth around Nate’s about-to-explode cock, without hesitation. He wasn’t thinking, he was focused on the selfless act of giving pleasure to someone he loved. Nate’s head snapped to watch—he was as surprised as I was at having Rex’s mouth sucking him. The throb in my head deepened and my stomach lurched as the room spun. No, don’t ruin it by getting sick! my brain screamed—willing my body to obey.

Nate’s fingers snaked through Rex’s hair, a low moan emanating from Nate as he fought to be quiet. “Fuck, I’m gonna come,” he grunted, his whispered words desperate, begging.

Rex didn’t let up, his right hand sliding underneath Nate, opening Nate with his fingers as his mouth possessed the man he loved. My eyes went blurry as I fought exhaustion, but I saw Nate shudder as he spilled his seed into Rex’s mouth. I remember thinking how spiritual that moment must have been for Nate before I faded into darkness, my head nestled into Rex’s pillow, the spicy cologne he’d worn that evening enveloping me.