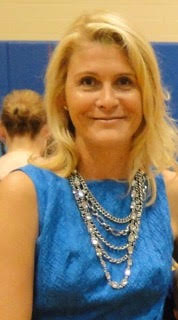 Heather Bentley wrote her first story in the third grade while on a flight to Disney World. It centered around her hopes for her plane to land safely in sunny Florida and even included illustrations. Her flair for the dramatic never lapsed as she continued to write throughout high school and college, what would now be considered NA. Unfortunately, none of those stories saw the light of day but her passion for writing wasn’t lost along with them.

Heather worked as an advertising executive in Chicago before staying home to raise three crazy kids. When she’s not stealing time to write, she’s spending time with her husband, watching one of her kid’s baseball games, or feeding her online shopping addiction. From the couture clothes, private jets and homes around the globe, I have the best of everything. But looks can be deceiving, and in my family, deception is an art form. So, I bide my time and count the days until I’m free.
Heiress Christina Harcourt lives a life surrounded by the finest this world has to offer. Unfortunately, what she wants most can’t be bought. After losing her mother in a heinous crime, she tries her best to live the life she knows her mother would want for her. But through her family’s hurtful ways, Christina learns the only way to do that, is to leave this life far behind. Everything is going as planned, until she meets him.
Sexy, carefree CJ Whitford is a hard-working, blue collar guy who can’t get the guarded brunette out of his head. So, he takes a chance and rearranges his life to go after the girl he’s falling for. He quickly discovers that Christina’s secrets are as big as her heart. A heart so fragile that all it will take to destroy it is one more lie … his.