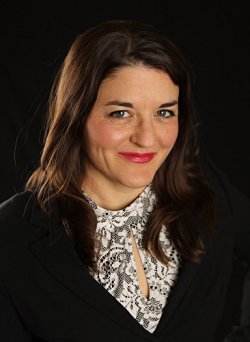 Shana Figueroa is a published author who specializes in romance and humor. She lives in Massachusetts with her husband, two young daughters, and two old pugs. She enjoys reading, writing (obviously), martial arts, video games, and SCIENCE—it’s poetry in motion!

Her goal—besides becoming rich and famous, and staying young forever so she can enjoy it all (come on, science, don’t let her down)—is to do something new and different with romance and erotica. She loves romance and wants to take the genre to places it’s never been before, so she took Toni Morrison’s advice and wrote the books she wanted to read. Hopefully you’ll want to read them, too! Corruption. Greed. Illicit sex. Murder. Private investigator Valentine Shepherd thinks she’s seen it all, and her strange ability to glimpse the future gives her an edge no one else in the world has. But when her fiancé is killed trying to exonerate his client, billionaire Max Carressa, Val makes it her personal mission to bring the people responsible to justice, no matter the cost. Convinced the two men are linked by more than attorney-client privilege, she enlists Max’s help in her investigation and gets more than she bargained for.

On the run, Val and Max must uncover who wants them dead and why. The answer leads them to a conspiracy that has Val herself at its center. She doesn’t understand how or why, but time is running out to expose the truth and escape the danger she knows is coming… Spice of Love By Shana Figueroa

What’s a girl to do when her heart won’t follow the script?

Geni Costa is a jaded, cash-strapped journalist and widowed mother still reeling over the death of her husband three years ago. Through a stroke of strange luck, she scores a spot on a Bachelor-like reality television show called The Spice of Love, where multiple women date one man in the hopes that he’ll fall in love with them and propose in the season finale. Geni, however, has a different objective—to expose the dark secret of this season’s rich bachelor, Duke Forrestal, and secure herself a desperately-needed promotion and raise. Besides, finding true love on a reality TV show is impossible…

Or so she thinks.

Meanwhile, Blaise Moreau is at his wits end with his job as executive producer of The Spice of Love. Embroiled in a messy divorce and unable to see his beloved son, he can barely muster enough energy to promote the “true love” and “soul mate” baloney that he used to believe were real. He’d quit if he didn’t need the paycheck to fund his divorce lawyer so he can see his son again. Blaise is desperate for an easy, boring season…

Too bad he let Geni Costa on the show.

Sparks fly between Geni and Blaise as one date after another goes horribly—and hilariously—wrong. But what started out as just another season becomes epic when Geni and Blaise find themselves inexplicably drawn to each other—in violation of about a million company rules. Will they risk ruining the show—and maybe their lives—to mend each other’s broken hearts, or is a happy ending nothing but a Hollywood fantasy?