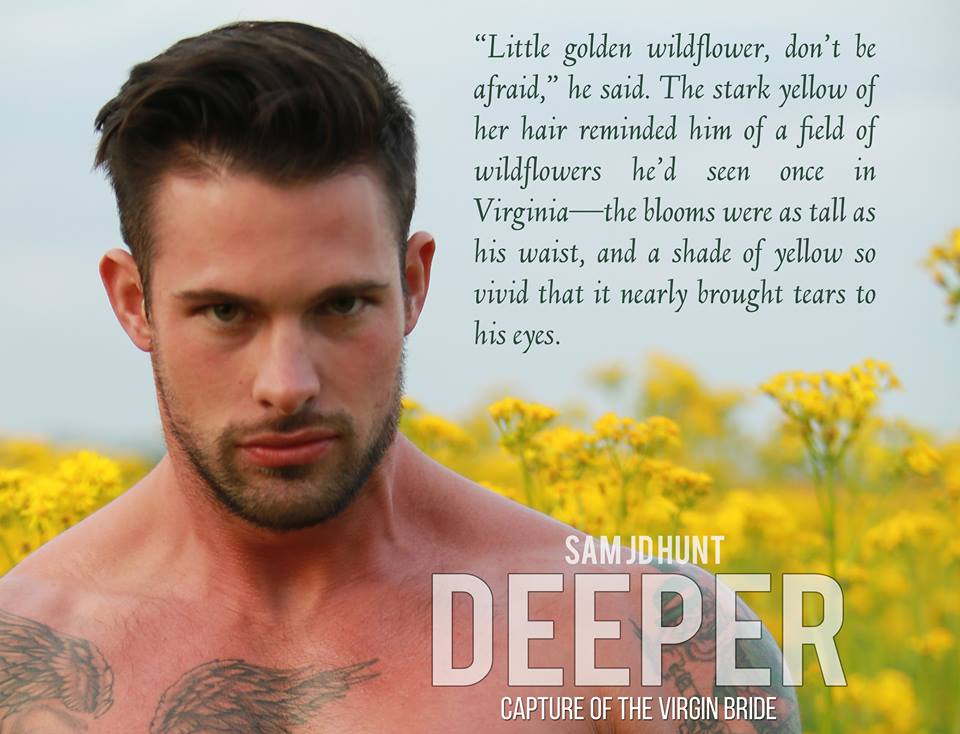 Deeper: Capture of the Virgin Bride by Sam J.D. Hunt

Unloved and unwanted, Lucinda finds herself captured by Henry and his pirates. Sir James, Henry’s brother, finds himself intrigued by Lucinda. Will he torture her and feed her to the sex starved pirates or will they find an unlikely connection that runs much Deeper than either could have imagined?

Sir James is intriguing and has a pull to him that you can’t resist. Although he is a complicated man it’s clear he has a softer, loving, and caring side.

Lucinda is a fighter and her appearance is deceiving. Hidden within is a bright, clever young woman who’s a fighter.