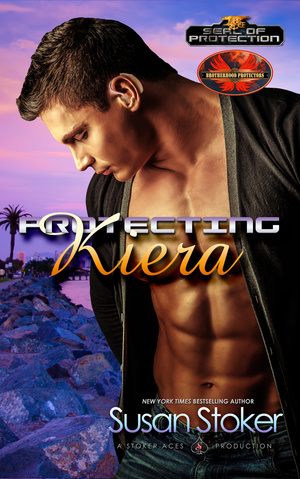 This book is published through Kindle Worlds and includes characters from Elle James’ world.

Cooper Nelson’s SEAL career was cut drastically short when an explosion left him almost completely deaf. With so much of his pride and self-worth tied to the profession he loved above all else, Coop struggles in his nearly silent new world, his future seemingly bleak…until Commander Hurt badgers him into volunteering at the Riverton School for the Deaf. There, he meets teacher Kiera Hamilton, who opens his eyes—and his heart—to a love more fulfilling than any job could be.

Ten years his senior, Kiera can’t believe Coop would ever be interested in anything long term, but he patiently proves her wrong. And she’s not the only one enamored with the sexy former-SEAL—her impressionable first-grade students are enthralled with the man, especially Frankie. The troubled young boy flourishes with each of Cooper’s visits, which only makes Kiera fall harder.

As he learns ASL, connects with the students, and gets closer to Kiera, Coop’s happier than he’s ever been…until an attempted abduction at the school threatens to take away everything that makes his new life worth living.