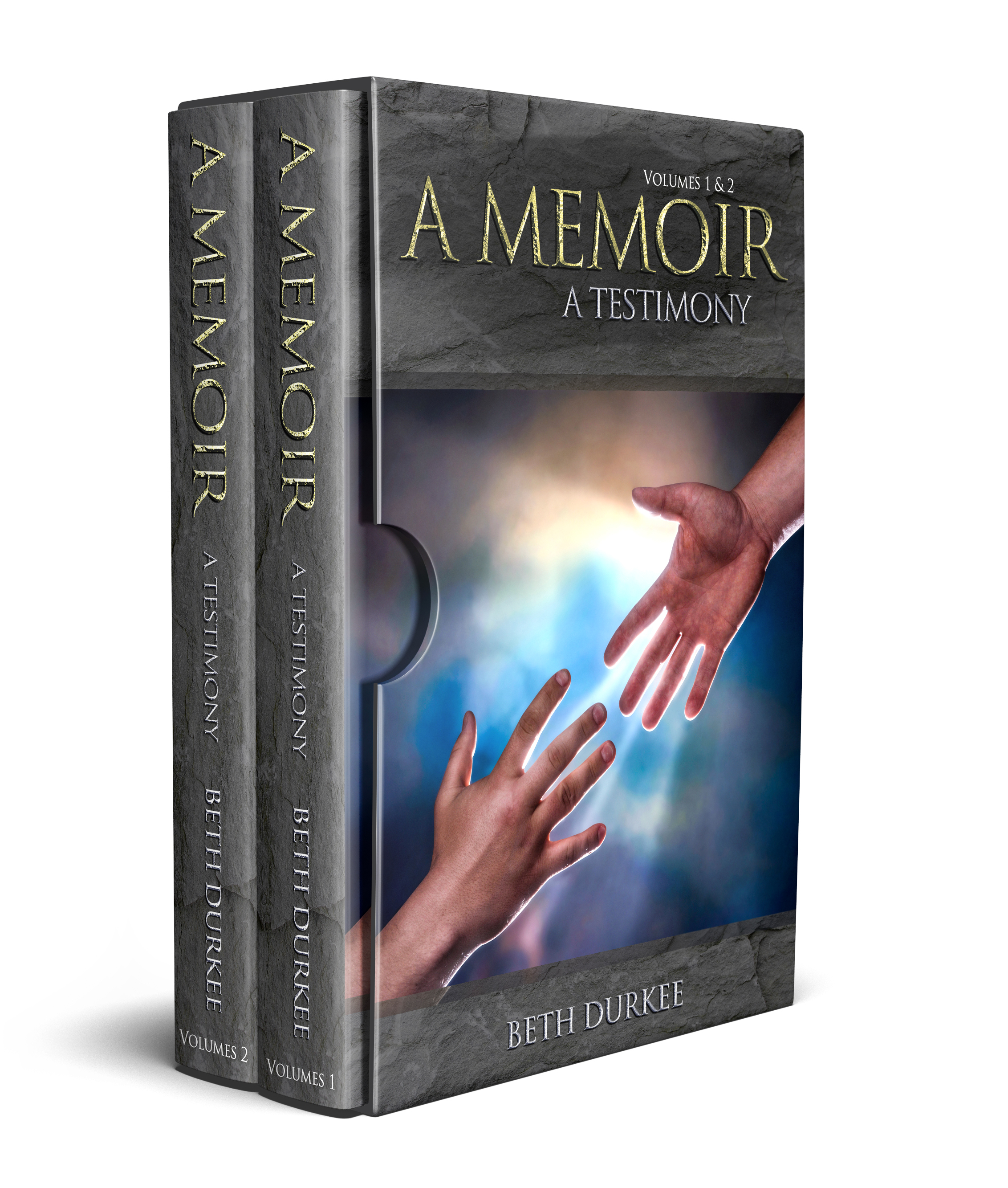 Presents: A Memoir. A Testimony. by Beth Durkee

This novella is a duo of short stories from the author’s own life when she has felt and seen the influence of God bridging the gap between her own mortal limitations / understanding and His plans for her.

Volume 1 is a riveting testimony and the true story of the life of a quiet, shy young girl who loves to read with her greatest strength in math and science. She becomes a single parent and has multiple near death medical traumas before she is eighteen years old. She sees life as possibilities rather than seeking pity. She embraces motherhood like any other teenage mother then winds up accepting her high school diploma from a wheelchair after being hospitalized for traumatic brain injuries. She doesn’t allow life to prevent her from going on to graduate from college in spite of her medical residuals.

This is a must-read true story. The author discovers heavenly influences in her life from early youth through college. The author tells her story of miracles, her journey through joy, sadness, pain, happiness, unshakable faith, and belief in why situations occur when they do and for what reason.

Volume 2 is an inspirational story of a real love triangle with some not-so-obvious heavenly influence.

Following the miracles that saved her young life, Beth graduated high school and continued to her university studies. That is where she met Tracy. Tracy loved lost causes and set Beth up to steal the affections of her gentleman friend, as much a lost cause as she. She dated him for almost a year before she entered a drawing on a whim and won a month’s free membership to an expensive dating club.

Beth did not expect to win the drawing but she did and because the man she wanted to marry encouraged her to accept the prize, she claimed it and began dating other men. But all she really wanted was for her year-long boyfriend to realize that he loved her too much to risk letting her go.

Beth got what she wanted and more. She did not plan on another man also falling in love with her. Let her tell you how the Lord used a series of unlikely “accidents” to guide her through the choice of a lifetime

The hospital where we were is about half an hour drive from Milwaukee and my new neurosurgeon, the one referred to us by the Cleveland Clinic. I had visited him only once since we’d been in Wisconsin and I recall that he was old. (I was seventeen and almost every tenured surgeon looked “old” to me.) He was my doctor of choice because he was referred as the best of the best in our area, working with the finest medical staff and equipment, and that is what I wanted. He was notified to expect me and “Flight for Life” was called to transport me between the two hospitals.

Pilots and medical team grabbed their gear and rushed to the helicopter but, despite their willingness to rescue me, they could not take off because a heavy cloud cover rolled in over Milwaukee. There was no visibility. They notified the emergency room where I was that they needed to wait for a few minutes before they could take off. It did not take long for the cloud cover to clear and, as soon as it did, the team of heroes flew out to whisk me away to the scalpel of my waiting neurosurgeon.

But there was a problem. The cloud cover that had halted takeoff was now hindering my rescue team from landing! Frustrated and feeling desperate from the situation, nobody was thinking that any of this obstruction to medical care was the Lord’s plan. Why would He have saved me months earlier to end my life in such a way now? But He knew what He was doing.

Now a legal adult, people were keeping me informed and I had been told the helicopter was having trouble taking off. But my vitals plummeted and I passed out right when someone came to alert me to its difficulty in landing. If they had not come to talk to me, they would not have been there when my vitals dropped. I would have died. If cloud cover had not stopped the chopper from coming for me or from landing, I would have been on the helicopter and helpless when my vitals began to disappear. (There is no doubt that I would have died en route.) As it was, the on call neurosurgeon who was supposed to be only temporarily caring for me (but wound up being my doctor for many years) was able to save my life with emergency surgery.

Was this miracle or coincidence? To me, a believer, I see a clear miracle. But the non-believer sees the chopper incident as “dumb luck.” If that is the case, then I must be the luckiest unlucky person alive.

Believing is seeing, not the other way around. Beth Durkee (born April 9, 1969) is an American author and inspirational personality. She specializes in short reads for the Christian market that bring awareness to God’s quiet callings and His whispered presence in our daily lives. Her message is that life is often hard, but God is with us through it all. To learn more about Durkee and her writing, please visit www.bethdurkee.me.