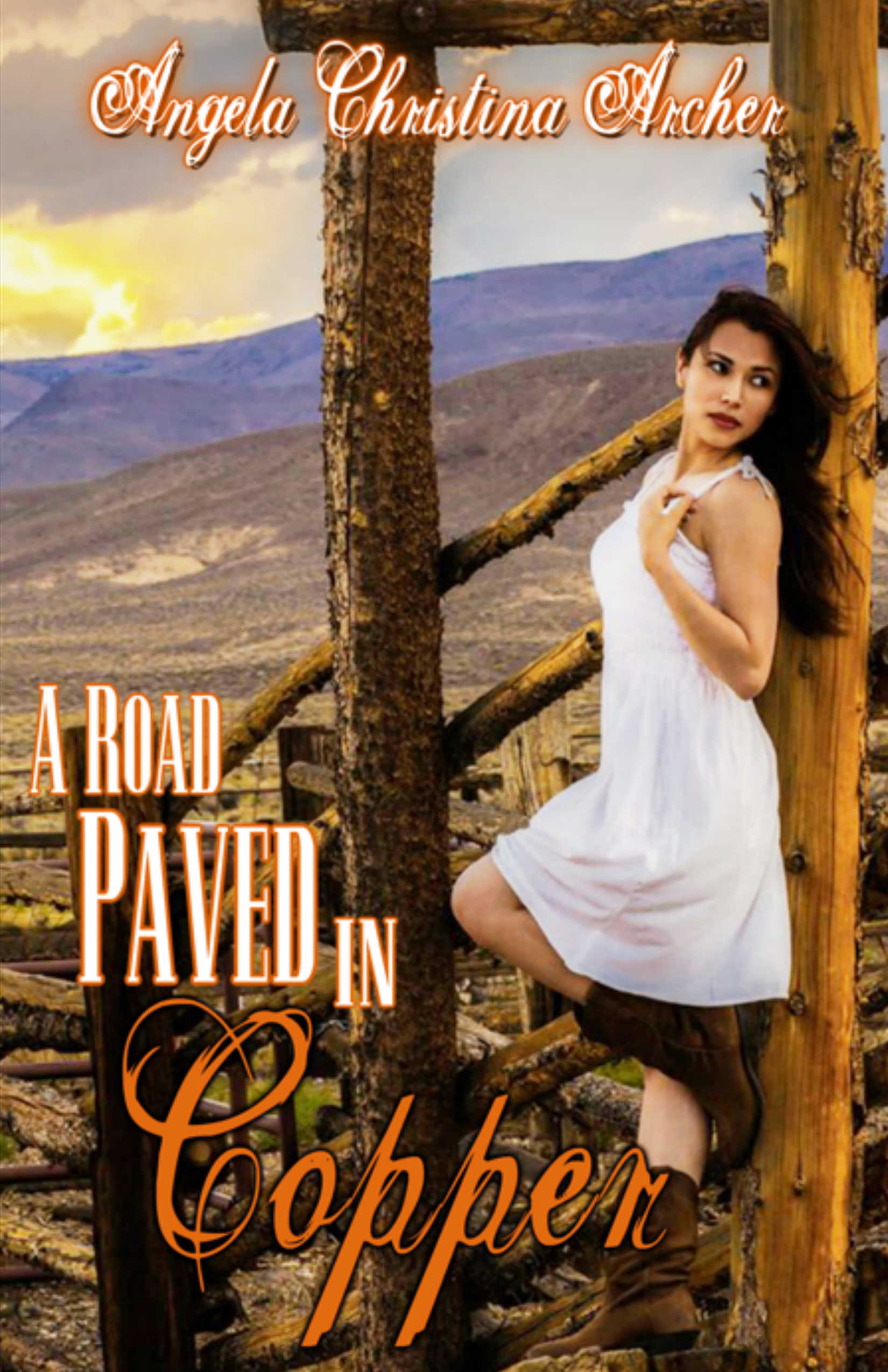 A Road Paved in Copper

Armed with her six-shooter, Ava De La Vega dips the pen into the inkwell and etches her name on the Esmeralda County tax record book. A formidable force, that’s what her peers have called her. The woman in a man’s world, what did she know of mining ore, silver, and copper? Plenty. And it’s this knowledge that makes her of the richest miners in Nevada in 1903. Of course, it also makes her a target.

Traveling back and forth from Tonopah, Nevada and San Francisco, Ava blazes the trail from the dirt and grime of her mines to the fanciest hotel rooms, enjoying the finest wines, the most decadent meals, and the company of attractive young men.

A miner from the snowy Klondike, Craig has traveled from the harsh Canadian mountains down to city streets of San Francisco. Not looking for work, he’s happy with the comfortable life away from the deep mines, the dirt, and the ever sought-after gold.

I lifted my glass and sipped the wine again, clicking my tongue as I set it back down. I knew the back and forth game about to occur between us, a battle of wits, a battle of landowners.

I fought to protect my land.

He fought to steal it.

“Is that the stance you are going to take, then?” I asked. “That you know nothing of the recent attack on my homestead?”

“Well, when one isn’t involved then usually they know nothing of the events that transpired.”

“That is what I said, isn’t it?” He paused for a moment as if to exaggerate his defense. “Billy Jack and his men haven’t worked for me in over two years. I have no more control over that man than you do. What he does is his own business. I know nothing of his actions, nor do I order him to do my bidding anymore.”

“I highly doubt that.”

“You know, one shouldn’t hold onto resentment and anger when it comes to the past.”

“I don’t hold concern over what happened all those years ago anymore, and I haven’t for a long time.”

The smirk on his lips told me that a rebuttal sat on his tongue, and yet, he didn’t utter a word. Ah yes, another method of denial—silence—as if to say how dare I come at him with this. Did I not know who he was? Did I not know what he was capable of?

I did know, though.

It was he, who didn’t know what I was capable of doing.

“Is there anything else I can do for you today, Ava?” he finally asked. Indifference breathed through the tone of every word.

“I beg your pardon?”

“I’m rather busy and, quite frankly, I do not wish to waste any more of my time speaking with you if you are only going to accuse me of actions I know nothing about.”

“I know you calculated the attack on my homestead.”

He slightly shook his head. “As I told you before, I didn’t.”

I rose to my feet and yanked dozens of red satchels from my handbag, dangling them in my fingers for a few minutes before I tossed them on the table. A few of them fell open and coins rolled from the material, dropping to the floor with a few clangs.

Walter scrutinized the bags, but didn’t move an inch. A detail he hadn’t seen coming. A detail that pinned him to the crime. Evidence he couldn’t refute and that condemned him as though he was there that day.

“I’m sorry to inform you that you lost all of your men in the attack,” I continued. “I know you ordered the attack on my homestead.”

I stepped forward until I stood next to him. I leaned down, my face inches from his, and my hot breath whispered against his skin.

“And if you plan another one, I promise that I’ll gun you down myself.” Growing up in Nevada, reading was always a pastime that took second place to trail riding and showing horses. When she did find the time in her youth to curl up with a book, she found enjoyment in the Saddle Club Series, the Sweet Valley High series, and the classics of Anne of Green Gables, The Box Car Children, and Little House on the Prairie. Although, writing always piqued her curiosity, it wasn’t until September 2009 that she worked up the courage to put her passion to paper and started her debut novel.

When she’s not writing, Angela spends her days from dawn to dusk as a stay at home, homeschooling mom. She also works in her garden and takes care of her many farm animals, as well as loves to bake and cook from scratch. She doesn’t show horses anymore, but she still loves to trail ride her paint horse, Honky, as well as enjoys teaching her daughters how to ride their horses, Sunny and Cowboy.