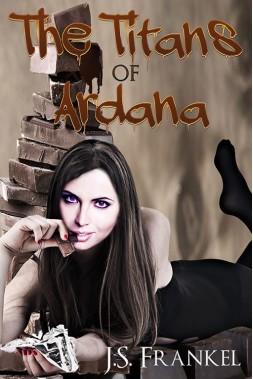 The Titans of Ardana by J.S. Frankel

“Hold nothing back. Give everything.”  That’s the catchphrase of Martin Calder, a teenager obsessed with the hit television show, The Metas. On a mission to get an autograph from the star of the show, Dana—no last name given—he comes face to face with reality. Dana and her twin brother, Van, the co-star of the show, aren’t exactly from around here.
Soon, Martin is hanging with the twins, who have major sugar fixes, running from the FBI as well as interstellar assassins, and falling for Dana. He can handle the falling in love part–he just has to survive first.
*** 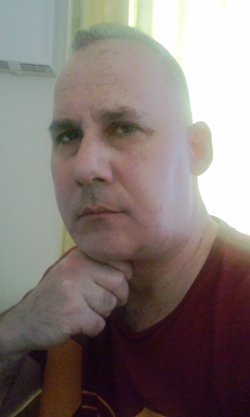 J.S. Frankel was born in Toronto, Canada and grew up there, receiving his tertiary education from the University of Toronto and graduating with a double major in English Literature and Political Science.

After working at Gray Coach Lines for a grand total of three years, he came to Japan at the age of twenty-six and has been there ever since, teaching English to any and all students who enter his hallowed school of learning.

In 1997, he married Akiko Koike. He, his wife and his two children, Kai and Ray, currently reside in Osaka. His hobbies include weight training, watching movies when his writing schedule allows, and listening to various kinds of music.

His novels, all for the YA set, include Twisted, Lindsay Versus the Marauders and it’s sequels, Lindsay, Jo, and the Tree of Forever, and Lindsay, Jo and the Well of Nevermore, all courtesy of Regal Crest Enterprises. He has also written the Catnip series (five novels), Mr. Taxi, The Titans of Ardana and its sequel, The Titans of Ardana 2: Battlefield, along with Picture (Im)perfect and more novels, courtesy of DevineDestinies.com.