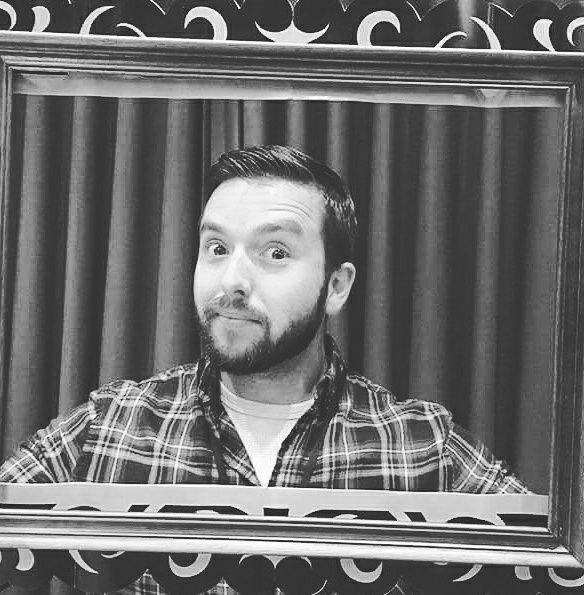 What genre/genres do you write? My series is a combination of Urban Fantasy, Crime Thriller and Mystery. The sequel is a lot more mystery than the first, which probably has a little more action in it.

Tell us a random fact about yourself: I have written and recorded 1 and half rap albums about my best friend (who will be best man at my wedding!) We stopped halfway through the follow up sadly! The first one was called DANdemonium due to all the songs being about our friend Dan.

Where is your dream holiday destination? JAPAN!!!

What is your all-time favourite food? This is a horrible question and easily the one that has taken the longest to answer. But I would probably have to go with Spaghetti Bolognese.

What is your favourite Take-Away choice? This fluctuates but right now, definitely an Indian Take Away.

Tell us your favourite sweets/candy?  M&M’s. Chocolate or crispy. NOT Peanut!!

If you like to cook, which dish do you enjoy preparing and cooking yourself? I am trying to learn more about cooking due to a recent obsession with Gordon Ramsay. I make pretty nice fajitas. Nothing special.

Do you enjoy baking? If so what is your favourite food item you love to bake? I actually do! I got into bake off a few years ago and baked a few bits. My jumbo cookies were well received.

What is the one dessert you can never resist?  Ice Cream!

Which of your book characters has a lot of you in them? I’d say the main character, Bermuda Jones. Some of his gripes with people or things in general may mirror my own views at times. Also, his sense of doing the right thing regardless of if he is allowed.

Who so far, has been your favourite character to write? Easily Argyle. If you have read Doorways, hopefully you loved Argyle too! I have had a lot of people tell me they wish they had their own Argyle, as well as comparison with Baymax and Drax from Guardians of the Galaxy. The sequel, which builds more on Argyle’s character was a pleasure to write.

If you could be any character from any book, who would you be and why? Argyle. Again….who wouldn’t want to be a bad ass warrior from another world? With an unwavering sense of right and wrong and the propensity to continuously be heroic?

Is there one of your book characters that you have disliked or do you love them all in some way, even the bad guys? I come to love a lot of my characters but I really disliked Curtis Drayton from my first novel, a standalone revenge thriller called One by One. I enjoyed writing such a messed up and vulgar character, but I hated him. He was a real nasty piece of work and having to write some of his actions or thoughts was quite unsettling.

What car do you drive? A very old Clio that runs as smooth as anything!

What is your dream car? I would love a Mercedes Spider in black.

Who is your current eye candy/crush? I am very much a fan of Jessica Biel.

Which celebrity did you have a crush on as a teenager? Am trying to cast my mind back….pretty sure I had the hots for Britney. Who didn’t? Or Christina Aguilera.

What is your favourite movie of all-time? Man on Fire. Closely followed by Blade Runner! (yes, I loved the sequel too!)

Who is your favourite band/singer of all-time? Eminem is my favourite artist of all time and I also love the Foo Fighters.

I am a thirty year old man child with aspirations of writing bizarre stories for a living!

Writing is my life and since I can remember it is something I have naturally done, be it silly stories at school or role-playing games during my teens. I was about 16/17 when I designed my first comic book series and since then have swung from idea to idea.

Then in March 2015, I released ONE BY ONE with the sole intention of getting one five star review. It far exceeded that and since then I have written DOORWAYS, which was signed up by Urbane Publications in September 2015 and released in October 2016. Again, the response has been overwhelming.

I saw my books hit the Waterstones charts but the end goal soon changed. I have since reclaimed the rights to Doorways and am now taking the Bermuda Jones series down the Self-Publishing route. It’s an exciting time.

I dream up rugged anti-heroes or crazy worlds on a fairly regular basis and I have promised myself they will all be committed to the written word. Believe me!

I absolutely love hearing from readers, writers and bloggers and you can nab me here: 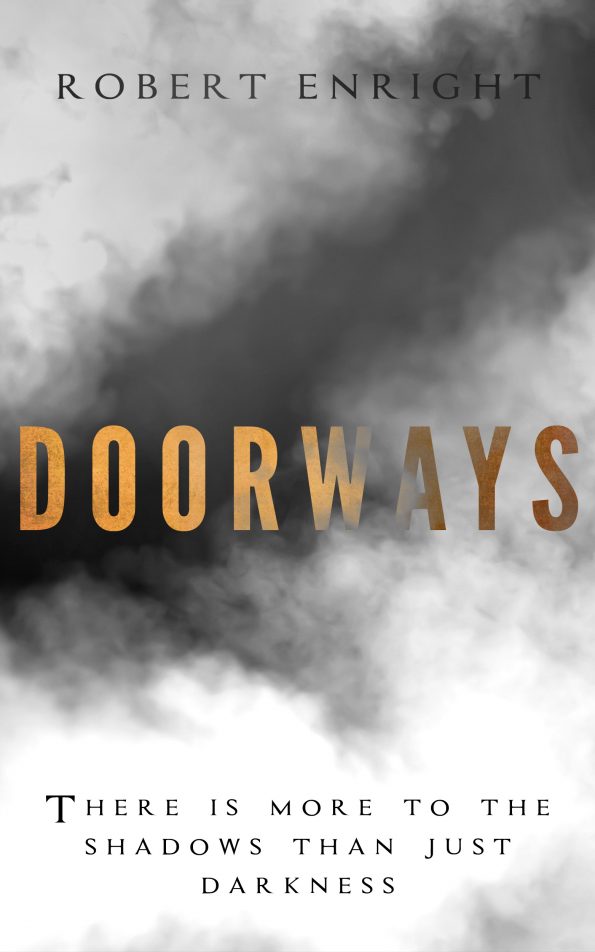 So DOORWAYS is the first in the Bermuda Jones series, following the agent and his partner, Argyle, as they manage the truce between our world and The Otherside. A world that envelopes our own but is only seen by a few humans who possess ‘The Knack’. Bermuda, however, is the only human to not only pass The Otherside and return, but the only one who can physically interact with the creatures, known as ‘Others’.

When people start going from places that they physically can’t, Bermuda & Argyle investigate, where they discover a threat to humanity that is only days away. As well as dealing with his self-imposed exile from his daughter, Bermuda races against time to try to save the world.

And for just this week, it is only 99p on Kindle. So get it now, as the sequel, THE ABSENT MAN, will be launching in March this year, as well as an upcoming novella and the THIRD in the series. 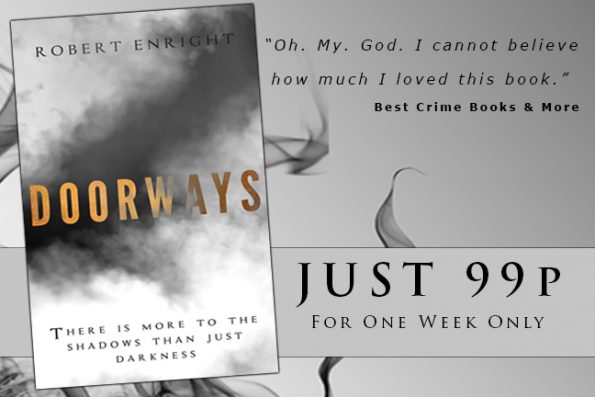 Get DOORWAYS for just 99p!!

You have no idea what you readers and bloggers mean to me and how much your support drives me forward. So thank you, from the bottom of my heart!

Out of this world fiction