Exhale and Move On by K.L. Shandwick 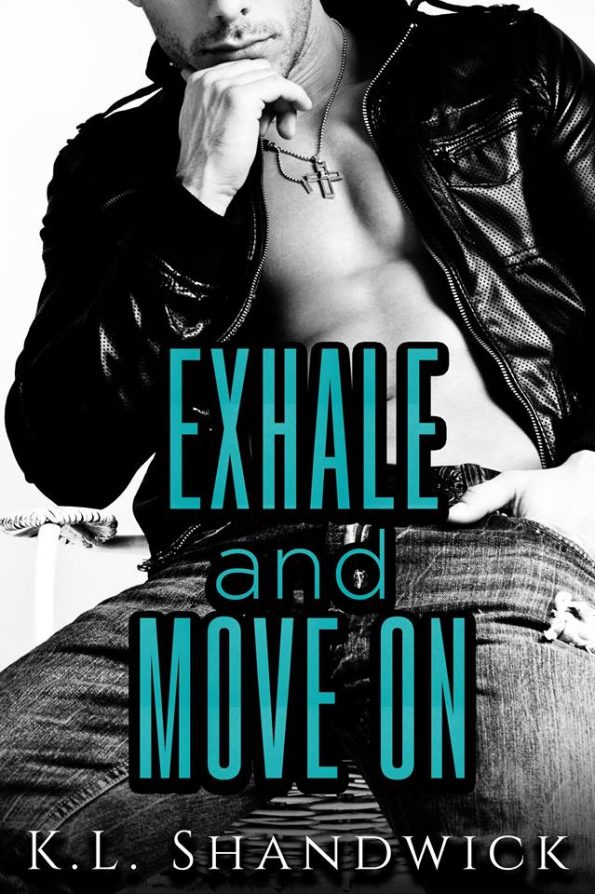 When you’ve lived the reckless rock and roll lifestyle Rick Fars has it’s no surprise to learn he’s been there, done that, and in Rick’s case he’s most likely left his t-shirt behind on some woman’s bedroom floor. As a wealthy playboy bachelor Rick’s never been taken by any woman, but he’s taken plenty and often.

Outwardly Rick is living the dream, however, appearances can be deceptive and behind closed doors Rick’s life is far more complex than most would realize. When the past and the present collide will Rick’s future finally help him to know his own mind? 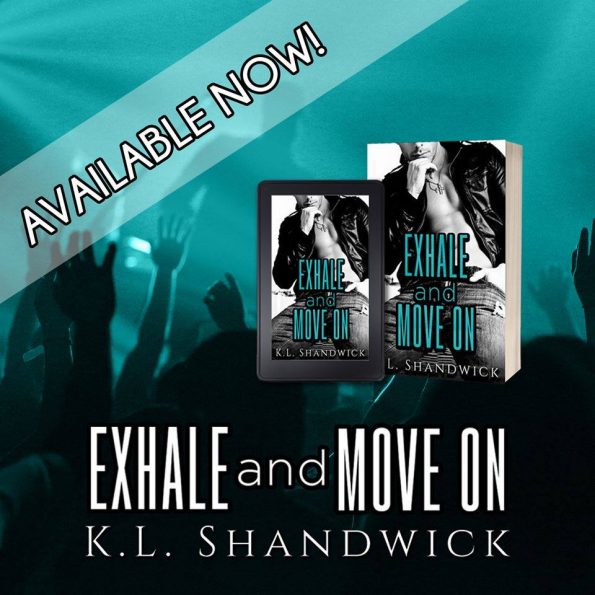 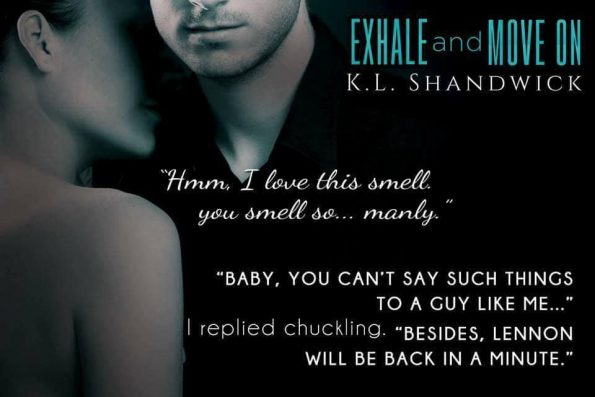 “Guess you should get your kit off, Rick, then between us we can teach Corrie what she’s been missing all these years,” he said, playfully. I stared in amazement at Len for a minute because this was so unlike the serious guy I’d known for the previous few years, before I turned my attention to Coral.

She lay on the bed in a deliciously appealing pose, raised up on her elbows, one slender leg bent sexily at the knee with her foot resting on the mattress, the other leg flopped casually to the side. Her shaved p***y was clearly visible and incredibly alluring. I noted her gorgeous face was still flushed from her orgasmic haze and an expectant expression accompanied her salacious smile. It was all the motivation I’d needed to reach for my belt buckle.

Shoving my jeans down my legs to the floor I stood straight and stepped out of them. As I looked up my hungry eyes met Coral’s, and hers flared wide in surprise as she checked out my body. I was used to women reacting to my physique, but none of them had ever had the effect Coral had on me. I glanced at Len and saw he was checking me out as well or at the very least gauging my reaction to Coral.

Without speaking Coral rolled over onto her stomach and Len knelt on the bed and gestured by nodding for me to move to Coral’s other side. Not being one that needed to be prompted twice, I climbed on and lay alongside her. Moving her head to the side to look at me she smiled again, but this time there was no innocence in it, instead it was loaded with temptation. 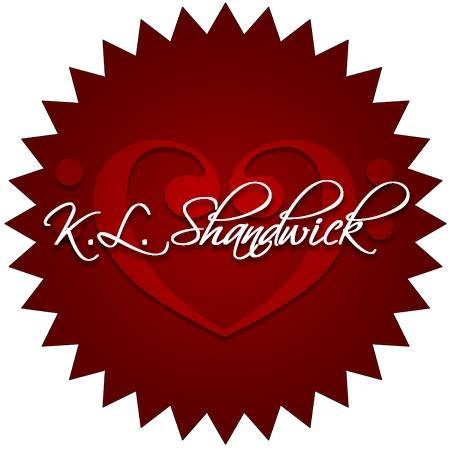 Award winning K.L. Shandwick has been quietly accruing accolades for her rock star, contemporary romance reads. Reader’s choice winner in Rock Star category at Book Viral and one of six finalists for her Ready For Flynn series, which was also Book of The Month with Indie Reader News readers. Reader’s choice for Best Author and Best Characters with Immortals Publishing for her Everything and Last Score series’. Missing Beats went straight to #1 in Rock Music category on release.

Writing came relatively later in life for K.L. Shandwick after a challenge by a friend led to The Everything Trilogy. She loves creating new characters and story lines.Her characters have flaws and she hopes this helps the connection between them and her readers. K.L. enjoys the journeys they take her on during the creation of her stories, and each character has his or her own voice. She doesn’t use prepared outlines for her stories preferring the characters to take their own direction as the story progresses. These days K.L. lives in the Yorkshire countryside and writes full-time.

Check out K.L. Shandwick’s other novels and series on her Amazon Author Page