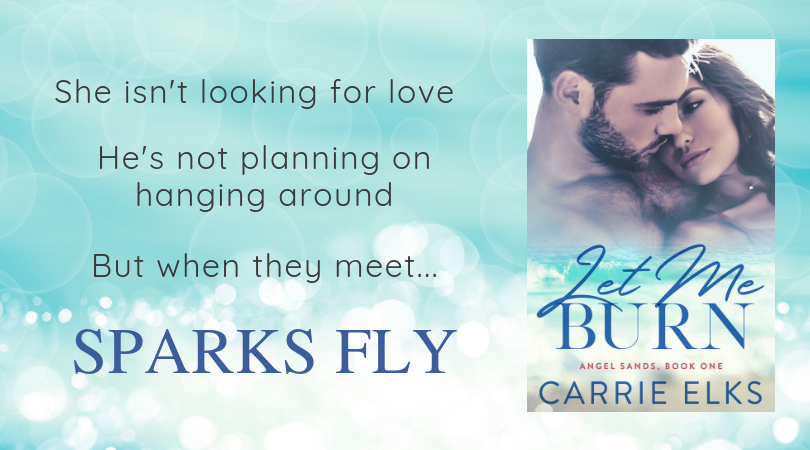 She isn’t looking for love. He’s not planning on staying around. But when they meet, sparks fly…

As a big city firefighter, Lucas lives for his job. Forced to take extended leave following an accident, he returns to his small hometown to stay at the beach cottage his grandparents left him. The problem is, he’s not used to having so much time on his hands.

After a broken engagement, Ember isn’t ready for love right now. Though her heart might be mended, she prefers to keep herself busy with her family and work; that way she won’t get hurt again. But she didn’t count on meeting a handsome firefighter with that dimpled smile. After Lucas saves her from one awkward situation too many, she can’t stop thinking about him.

Ember finds Lucas impossible to resist. And he’s determined not to let her. As long summer days melt into sultry, passionate nights what begins as a fling develops into something much deeper. Until the day Ember’s ex-fiancé returns to town and threatens to destroy the fragile connection that’s building between them.

To receive an email when the book is live, please click here